Alice Cescatti grew up in New Zealand.From an early age she became fascinated by the interaction between the dramatic landscapes and the intense light of the South Pacific. She appreciated the remoteness of the land she was born in and its quality of uninterrupted and uninhabited space.

She studied in New Zealand under the tutorship of renowned artists such as Doris Lusk, Glenn Bush and Quentin McFarlane and subsequently settled in London where she studied Interior Design and completed a 4-year Apprenticeship with Rupert Bevan in Restoration of Gilded & Painted Furniture. She then devoted several years to teaching painting and gilding techniques in Vietnam for a prestigious international furniture company while working as a freelance gilder in Europe.

Alice had her first solo exhibition of gilded paintings in 2004 at the Galerie Christian Siret, Palais Royal, Paris. Her unique technique involves a rarely seen water-gilding process with which Alice has mastered different ways of describing light.

Alice’s water-gilding process is more complex than oil gilding, building up many layers of sanded gesso and clay on wooden panels. This is followed by floating individual silver or gold leaves onto the clay surface using a specialist method dating back to Egyptian tomb paintings and reliefs from the 23rd century BC, some of the earliest evidence of gold being beaten into leaf. The gold or silver leaf surface is then hand burnished with an agate stone to enhance the quality of the metal as a light source.

On arriving in the United Kingdom Alice instinctively gravitated towards locations that combine a sense of wilderness with intense light and colour for example the coastal areas around Southern England and Norfolk. She has also found inspiration in the landscapes of Flanders and the South of France.

The symbolism of Alice’s works, often depicting small boats and buildings or icons such as Tibetan prayer flags within huge skies and deserted landscapes, touches us with the feeling that nature is not overwhelming but that we all coexist in wholeness, whatever the scale. Her personal vision of the inherent harmony of humanity’s relationship with nature despite its dilemmas, which has has always fascinated her, is conveyed through her clear and incisive imagination. 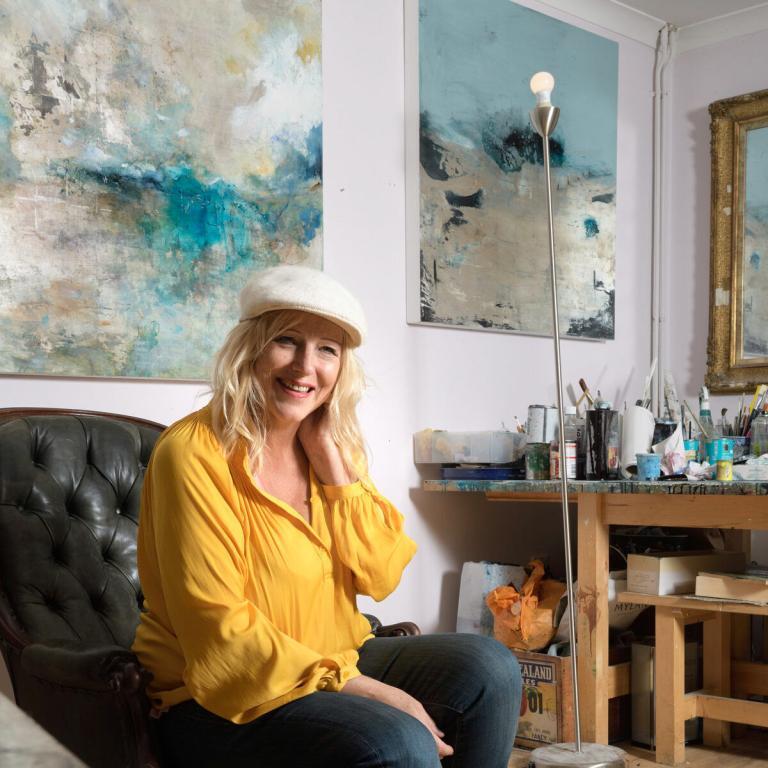 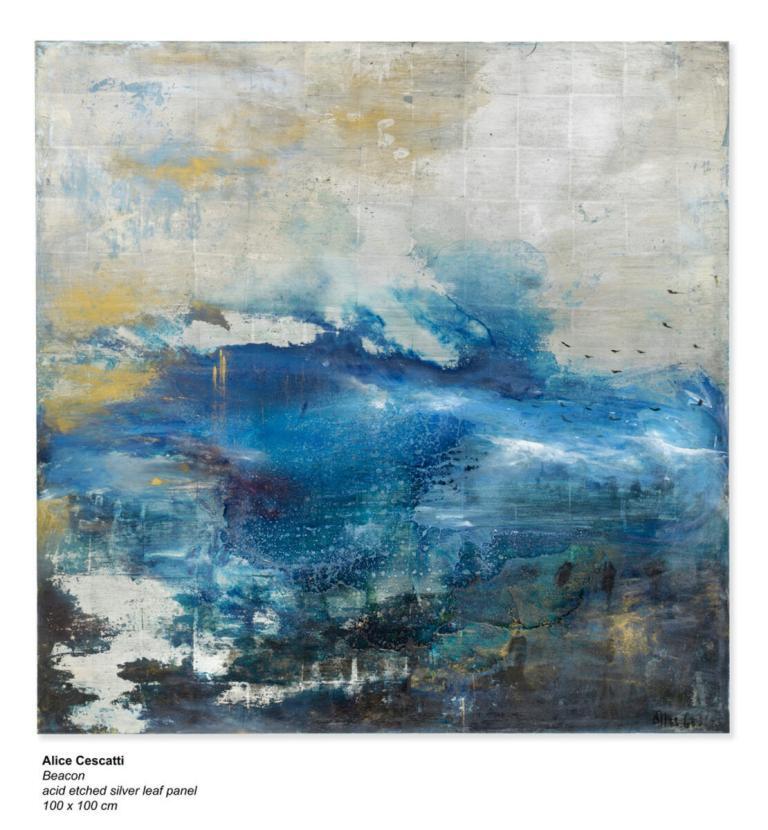 × Product has been added to your cart